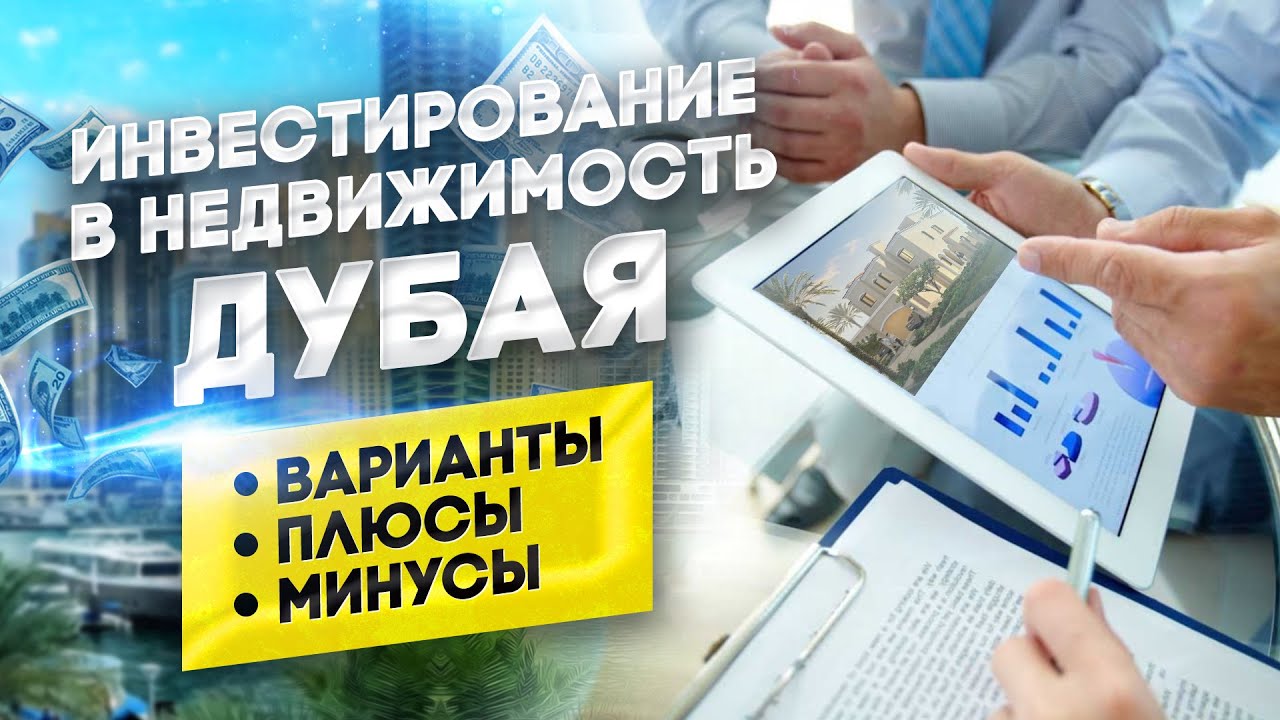 Real estate investment in Dubai is one of the most profitable in the world. Dubai's luxury real estate market continued to outperform the average market performance in the first four months of 2016. According to one of the leading real estate agencies in the UAE, investing in Dubai real estate will help you not only save capital, but also increase it, and this is due to a number of factors. The company notes three main factors (listed below) that influenced the recovery in prices and contributed to the return of the market to a strong position.

• Government interest in spending on infrastructure Although it is too early to assess the impact of Expo 2020 on the residential sector, regular government contributions to infrastructure projects such as events such as Route Metro 2020, Dubai Parks & Resorts, etc. will help to push property prices in Dubai will be strengthened and are expected to attract capital into the country. Therefore, investing in real estate in Dubai in 2016-2020 will be the right investment.

• Controlled deliveries The report says there is a consensus among construction companies to phase out certain residential projects in line with falling demand.

• Strong liquidity The residential real estate market continues to attract capital from strong liquid markets such as Saudi Arabia and India. Traditionally, citizens of these countries are more likely than others to buy a house in Dubai (or an apartment), because investments in Dubai real estate have one of the highest return on investment in the world! Over 150 nationalities invested AED135 billion in Dubai in 2019, according to a local publication. Investments in real estate occupy one of the leading positions in the economy of the UAE.

• Stable prices According to the report, real estate sales figures remained stable from January to April 2019. Investment in Dubai has not only stabilized, but is also gaining momentum. While the crisis is raging in the world, more and more rational investors are coming to the UAE and Dubai. Despite a 9% year-on-year drop in the main market, selling prices have remained roughly the same, with no noticeable changes for both apartments and villas. Investment in Dubai and real estate, which belongs to the high-end market, continues to outperform the mainstream market. While key property prices fell by 5% in January-April 2016 compared to January-April 2015, prices in the luxury segment rose by an encouraging 2% per quarter between the fourth quarter of 2015 and the first quarter of 2016. Luxury apartments outperformed villas, rising to 2% per quarter over the same period. As for the villas, there were no significant price changes. Based on the current state of affairs, it is assumed that the situation on the real estate market in Dubai and the UAE will soften over the next six months, so many world experts call investments in real estate in Dubai a rational and reasonable investment. While it is difficult to predict when the next round of growth will occur, the residential real estate market is expected to level off in early 2020 and gradually recover towards the end of 2020. Investing in Dubai at the current stage is considered the most favorable. Dubai real estate investing is also expected to continue outperforming the mainstream real estate market in the short to medium term. High net worth individuals are never averse to buying property in Dubai as the city is one of the top five places to invest. The emirate is expected to continue attracting investment both regionally and internationally. However, the outlook in general, and in the real estate sector in particular, will depend on a number of key factors such as changes in oil prices, the European Union Referendum and current geopolitical tensions. However, real estate investment in Dubai has been a profitable and long-term source of passive income for so many investors from all over the world over the past years.

Get the best properties, tailored to your needs no more than once a week!